The Unnaturals, book one in my new urban fantasy series, is now available for purchase from Smashwords in eBook format! These files are not only DRM-free, they’re great for overseas and non-North American buyers who would like to read the book but don’t have any other purchasing options. 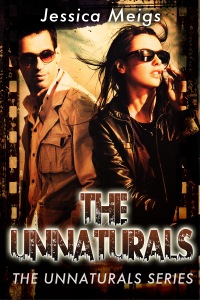 Riley Walker is one of the world’s best covert operatives, employed by a top-secret sector of the U.S. government known only as the Agency. Highly skilled and lethal in a fight, Riley is fiercely independent and adamant that she work alone after the mysterious death of her partner in an assignment gone wrong.

All that changes when she’s thrust onto a new assignment investigating the deaths of twenty-seven Agency operatives. Forced to work with twelve-year Agency veteran Scott Hunter–a stickler for following orders and a loner by nature–Riley doesn’t get a chance to protest before she and her new partner are passed to a sector of the Agency that they never knew existed. As they investigate the murders, Riley and Scott learn that there’s more to the Agency than they ever suspected.

They discover the existence of monsters right out of their wildest dreams.

You can pick up the book on Smashwords RIGHT HERE for only $4.99!